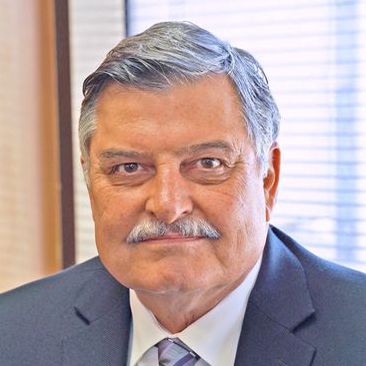 Sam G. Caras (samcaras@caraslaw.com) was born and raised in Dayton, Ohio. After a youth marked by participation in sports, Sam attended Wright State University, from which he graduated cum laude. During his last two years of undergraduate education, he worked as a legislative aid for the Honorable C. J. McLin, and as a laborer in several industrial plants. Sam enrolled in the University of Dayton Law School in 1977 and graduated in 1980. During law school, he enjoyed the privilege to clerk for the Honorable George J. Gounaris of the Civil Division of the Montgomery County Common Pleas Court for three years, while working part-time for two years with the City of Dayton Prosecutor's Office. Following graduation from law school, he entered into private practice as an associate in an insurance defense firm, focusing on civil litigation defense of motor vehicle accidents, products liability, insurance, and professional liability cases. For several years after becoming a partner in the insurance defense firm his practice concentration increasingly developed in the plaintiff's personal injury and wrongful death. In 1990 he left the insurance defense practice and has since been practicing almost exclusively in the areas of medical and professional malpractice, wrongful death, serious personal injury, insurance litigation, with periodic referrals for business and contract litigation. Sam has practiced before all levels of Ohio courts, including successful arguments before the Ohio Supreme Court. He also has extensive experience in federal practice, particularly including practice before the United States District Court for the Southern District of Ohio, United States Sixth Circuit Court of Appeals, U.S. Court of Appeals for the Federal Circuit, along with pro hac vice admissions in the Michigan and the U.S. District Court for the Middle District of Alabama and U.S. District Court for the Middle District of Florida.

I am against any type of injustice. Let me advocate for you.